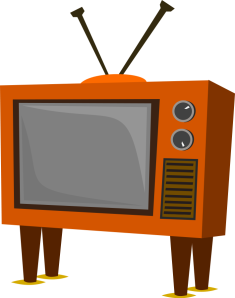 This post features spoilers for the season 4 episode of NCIS: New Orleans, “Viral”, which aired October 24, 2017. Read at your own risk.

One of the interesting tics of being a rerun junkie is seeing the ghosts of episodes of shows long past in current shows. I have no idea if these influences are intentional or not, if the writers of these current shows have these old episodes in mind when they’re writing or if they’re unconsciously haunted by the phantoms of them or if they even know about them at all. The idea that I’m projecting isn’t something I’ve dismissed.

But my brain still makes connections whether they’re there or not, intentional or not.

For example, the other night I was watching NCIS: New Orleans, which is one of the few currently-in-production shows I watch with any regularity. In this episode called “Viral”, my beloved Sebastian, forensic field agent extraordinaire, shot someone during the course of a chase. If that wasn’t bad enough, it looked like he shot an innocent, unarmed man, not the armed and dangerous suspect he’d been chasing.

A cop shooting a suspect or an innocent person is a common story, both in the news and on police shows. However, this episode reminded me of two bygone episodes of cop shows from over forty years ago.

After the shooting, Sebastian is interrogated by an FBI agent about what happened. The way he’s questioned reminds me of an episode of Adam-12, “Log 33: It All Happened So Fast” (air date February 1, 1969). In that episode, Officer Jim Reed shoots a young man who’s shooting at him and his partner (also my TV boyfriend) Pete Malloy. A majority of the episode shows the repeated questioning that Reed is subjected to, some of which infuriates him because of the insinuations that he’s not telling the truth. He’s also upset over the fact that he had to shoot someone (as was Sebastian). Sebastian is subjected to similar questioning, though not for as long, obviously. There’s a mystery to be solved and a dangerous assassin to catch.

The real hitch in clearing Sebastian is, though he swears the suspect shot at him and that he saw him with a gun, there’s no gun to be found. This reminds me of an episode of Hawaii Five-O, “…And They Painted Daisies on His Coffin” (air date November 7, 1968). In that episode, my TV boyfriend Danno chases a young man with a gun into his apartment. When Danno shoots the lock, he believes he unintentionally shoots the man. However, there is no gun found on the suspect. Why? His girlfriend has taken it and fled the scene (running to the notorious Big Chicken), something that also happens to Sebastian when the wife of the dead “innocent” man (it turns out this couple isn’t so innocent) takes the dropped gun to protect herself and her husband and then shows up a few minutes later as the wildly grieving wife.

The twist in this case is less cop show, more masked hero adventure. The “innocent” couple was supposed to deliver the gun to the assassin so he could do a job. The shooting interrupts things and the assassin ends up killing the wife in order to get the gun. The gun is an air gun that shoots glass bullets. That made me think of The Green Hornet episode “The Silent Gun” (air date September 9, 1966). As the title suggests, the gun in question is a rare 17 caliber gun that’s absolutely silent when fired. This leads to a lot of people wanting this gun. (You can listen to me and Dan talk about this episode and all of the many names of people therein on Episode 33 of Eventually Supertrain.) The gun in “Viral” is just as coveted, at least by the assassin, and equally unique, though a little more believable. An air gun gets through security and glass bullets “disappear” on impact.

Like these old episodes, this new one ends happily. Sebastian is cleared (like Reed and Danno) and the bad guy is caught (the Green Hornet gets the gun AND Lloyd Bochner).

Because the good guy winning is an ending worth repeating .