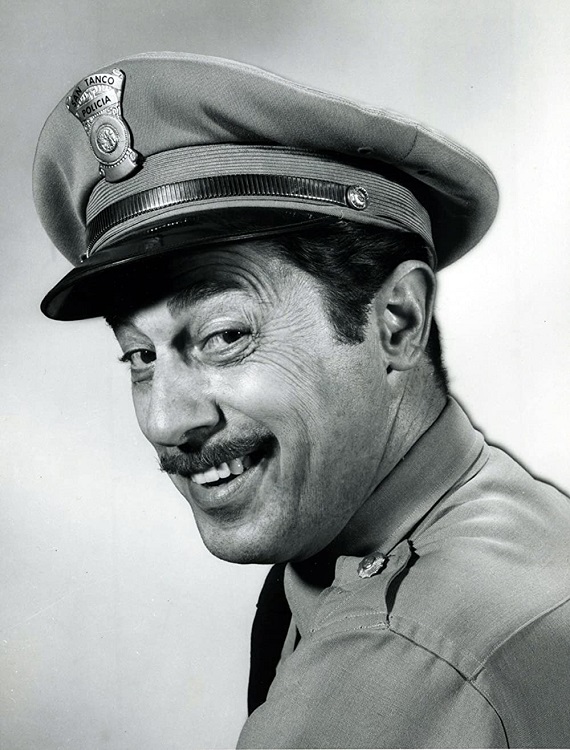 When it comes to talking about guest stars, you can’t have that conversation without talking about Vito Scotti. Honestly, it’s a crime that it’s taken me this long to write about him. There was a period of time in which it felt like he popped up in everything. And given how many of his 253 IMDB credits are TV guest spots, he kind of did.

For all of his TV work, he didn’t have many regular or recurring roles. He was Geppetto on the short-lived Geppetto’s Workshop and Luigi Basco on Life with Luigi in six episodes of the short-lived series, having replaced J. Carroll Naish. He also had recurring roles as Gino Mancini on To Rome with Love; Mr. Velasquez on Barefoot in the Park; and he was Captain Dominic Lopez on the first season of The Flying Nun and Captain Gaspar Formento on the second.

Being of Italian descent and working at a time when racist casting was all the rage, Mr. Scotti found himself often playing “ethnic” roles. Italians, of course, but also Latinos, Russians, Middle Easterners, Native Americans, and yes, even Asians, the most glaring example being that of the Japanese soldier who thought World War II was still raging in not one, but two episodes of Gilligan’s Island (the Rashomon episode brought him back for everyone’s versions of what happened the first time he was there). Not only is Mr. Scotti in yellow face for the role, but the character is so embarrassingly stereotypical that it’s really kind of cringe-worthy.

Thankfully, Mr. Scotti appeared in two more Gilligan’s Island episodes as a different, less offensive, more fun character better suited for his talents. Dr. Boris Balenkoff popped up in Season 2 in “The Friendly Physician” and then returned in the Season 3 episode “Ring Around Gilligan”. In the first episode, Dr. Balenkoff seems like the castaways’ savior. He transports them to his own private island, apparently rescuing them. However, Dr. Balenkoff has other plans. It seems he’s what one might consider a mad scientist and the island is his lair and he’s keen on swapping around the minds of the castaways (for example, the Skipper ends up in Mrs. Howell’s body and vice versa). The castaways are able to get away thanks to Ginger and Igor swapping selves and the Professor (in Mary Ann’s body) getting everybody back to where they belong. When the castaways leave the island, Dr. Balenkoff and Igor have been swapped into the bodies of a cat and dog. 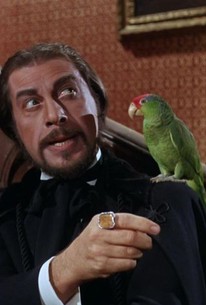 Dr. Balenkoff obviously recovers because he’s very much himself the next time he visits the castaways. In this episode, he uses his latest machine to turn the castaways into robots in order to train them to rob a bank. Of course, since Gilligan is involved, this does not go as well as Dr. Balenkoff hopes.

One of my other favorite Vito Scotti guest spots has him playing a doctor yet again, this time of the medical variety, but still with questionable intentions. In The Monkees episode “Case of the Missing Monkee”, Peter stumbles upon a plot to kidnap a scientist, which causes Peter himself to be kidnapped. Naturally, the other three Monkees going looking for their friend at the hospital where he’s being held by Dr. Markovich and Bruno. Dr. Markovich wipes Peter’s memory so he can’t reveal the plot (I guess you can’t take the mad scientist entirely out of the man), but the remaining Monkees rescue Peter, restore his memory, and thwart Dr. Markovich’s evil scheme. It’s an all around fun and funny episode. Vito Scotti would later have a small role in The Monkees movie Head.

Mr. Scotti did manage to play other roles besides mad scientists and doctors. He appeared in Westerns like Sugarfoot, Laramie, Cheyenne, Bonanza, Rawhide, The Rifleman, Laredo, The Virginian, Daniel Boone, and Gunsmoke; got family friendly on Bachelor Father, The Real McCoys, Lassie, My Favorite Martian, Bewitched, Happy Days, Who’s the Boss, and Charles in Charge; stopped by Miami to visit The Golden Girls and its spin-off Empty Nest; hit up the big names on The Dick Van Dyke Show, The Lucy Show, The Donna Reed Show, and The Andy Griffith Show; laughed it up on The Odd Couple and Mad About You; enlisted with Hogan’s Heroes and CPO Sharkey; privately investigated on Mike Hammer, Peter Gunn, Surfside 6, Shaft, Charlie’s Angels, Vega$, and Hart to Hart; popped up on Make Room for Daddy and Make Room for Granddaddy; checked in on Dr. Kildare and Trapper John, MD (okay so he couldn’t entirely escape doctors); found adventure with The Bionic Woman and BJ and the Bear; tangled with the law on CHiPs, Police Woman, Adam-12, Get Christie Love, and Baretta; traveled to Fantasy Island and got some Northern Exposure; hung out with Jack Lord on Stoney Burke and Hawaii Five-O, Raymond Burr on Perry Mason and Ironside, and Ross Martin on Mr. Lucky and The Wild Wild West; spied on Get Smart, The Man from UNCLE, and The Girl from UNCLE; met icons Zorro and Batman; got creepy on Thriller and The Twilight Zone; got kooky on The Addam’s Family and The Munsters; pestered Columbo six times; and his final role was on an episode of Unsolved Mysteries that I’ve probably seen an unhealthy number of times.

It should be no surprise that many of the shows I listed featured Mr. Scotti more than once in various roles. They knew a good thing when they saw it and he was very much a good thing.

Vito Scotti was a frequent flyer when it came to TV guest roles and as such, it’s no trouble to catch him in one of his many appearances. His brilliant talent is always a spectacular addition to any show.